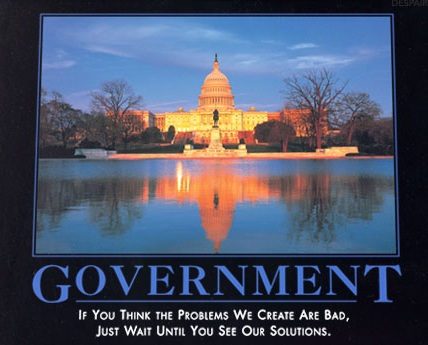 Let’s start with an insightful quote from David Brooks writing in the NY Times this past weekend:

For better or worse, over the past 50 years we have concentrated authority in centralized agencies and reduced the role of decentralized citizen action. We’ve done this in many spheres of life. Maybe that’s wise, maybe it’s not. But we shouldn’t imagine that these centralized institutions are going to work perfectly or even well most of the time.

In this case, Brooks was talking about centralized agency performance in the face of terrorism threats, but his talk about the powers — or lack of powers — in centralized government agencies got me to thinking about public service media. It seems to me that if we’re serious about public service media, we’re going to have to act locally and work to deemphasize national content distribution, services and cash flows. We’ve gone too far into centralized, and we’ve lost our way in our hometowns.

It strikes me that, more than anything else, those who will successfully practice public service media in this new decade will rely upon themselves and their communities, rather than waiting for solutions or directions to arrive from national agencies or media producers. Local solutions can’t come from somewhere else (though ideas can). The age of centralization and top-down service is over for now. Such approaches don’t scale down to real problems and palpable action well, and they smack of paternalistic “do this and do it this way” directives. We’ve put too much faith and power into centralized systems, enfeebling our abilities to act in our own communities.

Serving community needs almost always must be done on a localized basis. Yet over the past 20 years the public broadcasting universe has concentrated more and more power, intelligence, money and experience in the core networks and stations: PBS, NPR, APM, PRI, WGBH, KQED, WETA, WNYC and so on. Donors to local pubcasting stations are really helping pay Paula Kerger (PBS) more than $500,000 a year and Steve Inskeep and Renee Montagne (NPR) more than $600,000 a year combined, not to mention so many others. Yet the services they individually provide, while nice, are not vital to solving community problems where we live (they don’t even solve problems in the Washington, DC metro area, for that matter).

Consider what could be done with the money spent on the centralized networks in a local area. In one market with which I have passing familiarity, with about 2.8 million people in the MSA, the local PBS station sends more than $1.2 million annually to PBS alone. That’s money leaving the community, going to PBS (and ultimately to program producers) and what that community gets back is national PBS content. I’m not sure that’s a good return on the community’s investment, not to mention the duplication of effort that happens across 300 cities nationwide — stations do pretty much the same thing everywhere: create a PBS station that looks like all the others, save for the logo. 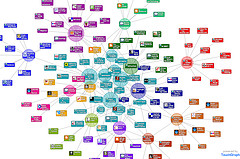 Meanwhile, that’s $1.2 million that isn’t being spent to provide services that are locally relevant and useful to the community. What if that money paid for 12 people to write, shoot video, take pictures, interview people and gather and post information and host interactive communities that solve real problems? And what if those 12 people helped organize a community of 48 people that were actively and collaboratively involved in solving problems, multiplying the positive effect? That would be a major, real-world impact — well worth $1.2 million in local funding from a community of 2.8 million ($2.30 per citizen per year).

Now, I know what you’re thinking: “What do we do about Antiques Roadshow?” Well, that show can go to A&E. Oh, except they already have that show, called Pawn Stars. Zing! But seriously, I can address the restructuring of public TV funding and programming in a future post. For now, my point is that local public service media companies must focus on local needs and solutions. Leave the nationals to do their work (in new ways, in new funding models).

When the 1967 Public Broadcasting Act came along, there was a deep-rooted need for local media creation that served local needs in a noncommercial way. Over the years, the professionalism of the system has destroyed local capacity, concentrating capacity at the national level, where both PBS and NPR are competing with national media outlets and behaving in ways disconnected from local needs. In many ways, the dreams of the 1967 PBA writers were attained, but have been steadily lost.

It’s time to swing the pendulum back the other way.