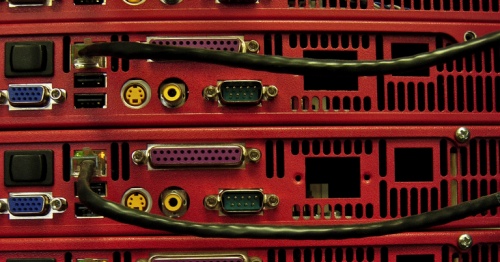 Great piece in Vanity Fair this week… How the Web Was Won.

It looks back, via personal interviews, at the founding and founders of the Internet itself, from ARPANET forward.

Thinking about public media, I was especially impressed with the following passage:

In 1985, a company called Control Video hired Steve Case, a product manager at Pizza Hut, to help market its fledgling electronic-gaming service. In a few years Case became its chief executive and pushed the company further into interactivity and communications. The company was ultimately re-christened America Online, and the catchphrase “You’ve got mail” became a salutation for a generation of computer users.

Steve Case: We always believed that people talking to each other was the killer app. And so whether it was instant messaging or chat rooms … or message boards, it was always the community that was front and center. Everything else — commerce and entertainment and financial services — was secondary. We thought community trumped content.

In public media we always talk about content. Content, content, content! We compare our content to the Discovery channels. We compare ourselves to commercial radio. But I (still) maintain that context trumps content, and Steve Case — way back in the 1980’s — agreed, though he talked about community (an expression of context).

If all we do is great content, I think we’ll be failing our public service mission in an age where the value of content itself is falling to near zero. We talk a good game about building community, but now we have to actually do it.

The good news is that there’s still time for us to grab this brass ring of community-building, of context development and sharing.